Foster became the Dolphins starting running back on Monday, and second-year running back Jay Ajayi serves as his bench. 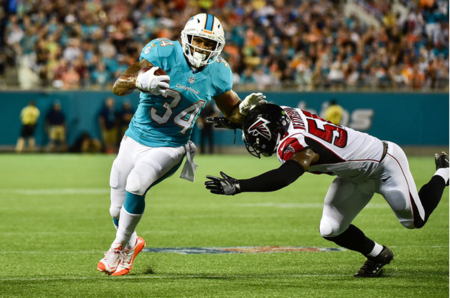 Foster, 30-year-old, signed a one-year contract worth $1.5 million with the Dolphins in July, although the major of his training time was watching on the sidelines, the team decide to let him start.

Since suffered an Achilles tendon injury last year, Foster has not had any outstanding performance. We can look at how Foster to prove his ability again in the new season.